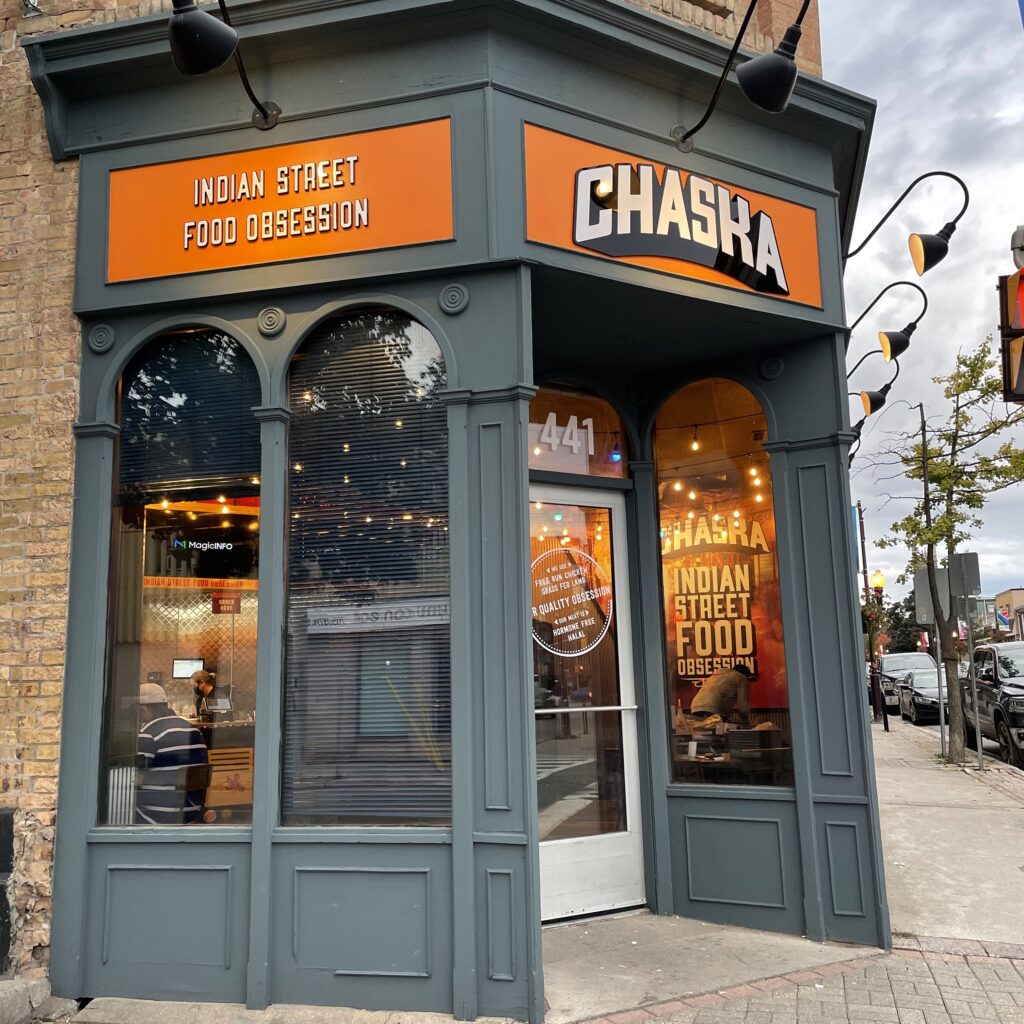 That’s the former location of Pete’s Subs and Burgers at the corner of George and Brock, which shut down during the pandemic after around 30 years in business.

Chaska was founded by Naveen Seth, who was inspired by his memories of authentic street food during his childhood in India. He opened the first Chaska restaurant in Mississauga in 2016, and now has two locations in Toronto (as well as a food truck) and a location in North York.

“Chaska offers a variety of great eats that are different from the traditional curries found at Indian restaurants,” the company writes in an email to kawarthaNOW. “Some of our menu staples are kathi rolls (wraps), rice bowls, and samosa sliders.”